Mr. Case has represented the District of Columbia on the Board of Governors of the Association of Trial Lawyers of America. He served as president of the Trial Lawyers Association of Metropolitan Washington, D.C. He is also a former co-chair of the Personal Injury Steering Committee of the D.C. Bar, and has served as a member of the Judicial Conference of the District of Columbia. He has once again been named in Best Lawyers in America (2014) and as a Super Lawyer (2014). 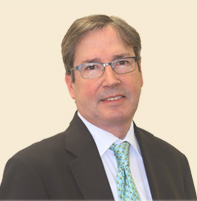