Lesley Zork worked as a labor and delivery nurse on a high risk obstetrical unit for nine years before becoming a lawyer.  Ms. Zork graduated from Antioch School of Law in 1988 and began her legal career as a trial and appellate attorney at the DC Public Defender Service where she represented indigent defendants charged with serious felonies.  From 1995-2012 she actively litigated complex catastrophic medical malpractice cases in state and federal Courts in DC, Maryland, and Virginia.  She now works as an attorney nurse consultant at the Law Firm of Jack H. Olender & Associates.  A substantial part of the firm’s practice involves labor and delivery and birth injury cases and Ms. Zork is instrumental in evaluating and preparing those cases. Ms. Zork works closely with medical experts who are crucial to prosecuting cases.  Access to experts and knowing how to speak their language is often key to securing a fair recovery in a case.  There are few physicians in the country who are willing to serve as expert witnesses and testify against colleagues in the profession, and Ms. Zork is very successful at finding and developing those experts.

Ms. Zork has taught Moot Court and trial advocacy to undergraduate students at Columbia Union College in Takoma Park, Maryland. She serves as a member of the Board of Directors for the YMCA of Metropolitan Washington DC.  She also serves as a Board member for Justice Aid, a nonprofit that uses arts as the medium to celebrate the work and provide financial support to organizations actively engaged in the fight against injustice. Ms. Zork also sponsors fund-raising efforts for Gideon’s Promise which champions the right to legal counsel for indigent criminal defendants in the south. 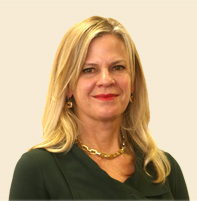