Melissa Rhea is a senior trial lawyer at the malpractice law firm of Jack H. Olender & Associates, PC, where she handles catastrophic medical malpractice and personal injury cases. As an active litigator since 1982, she has tried many cases in the D.C. and Maryland courts and handled a wide range of complex litigation. She has settled or won at trial numerous cases resulting in substantial awards for her clients.

Melissa Rhea has served as president of the Trial Lawyers Association, D.C. and has been honored as their Trial Lawyer of the Year. She is the fourth attorney from the Olender firm to receive this honor and the fifth to serve as the association's president. She is named in the Best Lawyers in America and Washington, D.C. Super Lawyers by Law & Politics Magazine.

Ms. Rhea is a longstanding faculty member of the National Institute for Trial Advocacy and Harvard Law School's Annual Trial Advocacy Workshop, where she teaches trial advocacy to the law school's second- and third-year students. She is a member of the Judicial Conference of the District of Columbia. Ms. Rhea has volunteered hundreds of hours as a mediator and arbitrator for the Alternative Dispute Resolution programs of the Superior Court of the District of Columbia. She has also served as a mediation trainer for the Superior Court's Multi-Door Civil Division and the U.S. Department of Justice's Civil Division.

A faculty member of the U.S.-Africa Legal Exchange, Ms. Rhea has traveled five times to Central Africa to train judges and lawyers in the region on the use of mediation as a means of resolving civil disputes. She was also part of a delegation that traveled to Romania to teach mediation techniques to dozens of attorneys from that country. 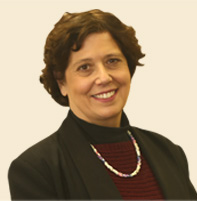