The Olender Foundation Awards celebrated its 25th anniversary by giving its Peacemaker 2011 Award to Dr. Marshall Breger and Imam Mohamed Hag Magid for their efforts to counter Holocaust denial-a growing trend fostered most notably by Iranian President Ahmadinejad-and to promote peace between Muslims and Jews.

Breger and Magid recently led a delegation of Muslim and Jewish leaders to the Nazi concentration camps of Auschwitz and Dachau. A video of the Imams praying at Auschwitz was shown. You may view this video by entering the following search words on You Tube:

Briefing on Confronting Anti-Semitism and Holocaust Denial + Rep. Keith Ellison. The segment runs from 22:10 to 25:20.

On their return to the U.S., the Imams issued a statement that condemned attempts to deny, conceal, or justify the historical reality of the Holocaust as a violation of the tenets of Islam. The Imams pledged to fight anti-Semitism, promote interfaith dialogue, and "to make real the commitment of 'never again' and to stand united against injustice wherever it may be found in the world today."

The Advocate for Justice Award was given to The Human Rights Clinic of Bread for the City, which assists refugees who have been persecuted and tortured in their native countries to obtain asylum and eventually become U.S. citizens. An exiled Burmese journalist presented the award to Dr. Katalin Roth and Attorney Laura Parcher. Dr. Roth and other volunteer physicians medically examine asylum seekers for evidence of torture and report their findings to Laura Parcher and other pro bono lawyers who make refugees' cases for asylum to immigration court.

The Awards were hosted by Washington malpractice lawyer Jack Olender and Lovell Olender, co-founders of the Olender Foundation. Olender has received numerous awards for his legal achievements and service to the community, and is a much sought after legal commentator.

A luncheon was served in the Atrium Ballroom following the Awards for honorees and guests. 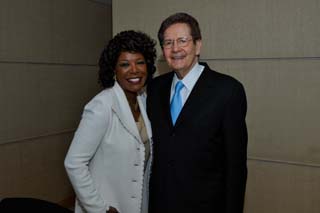 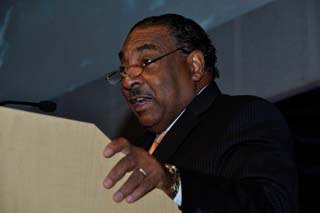 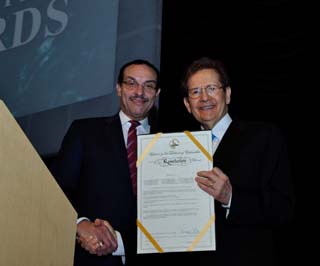 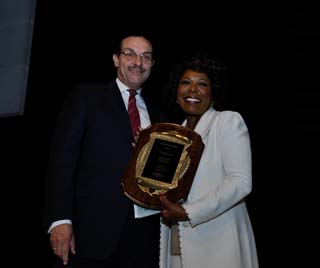 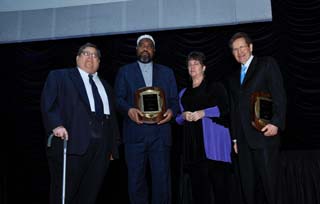 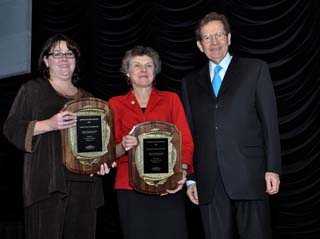 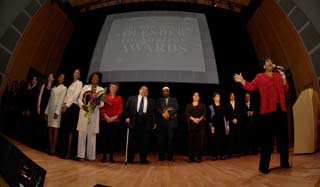 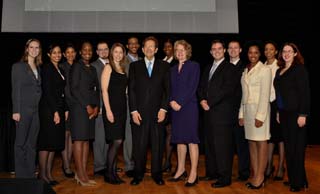 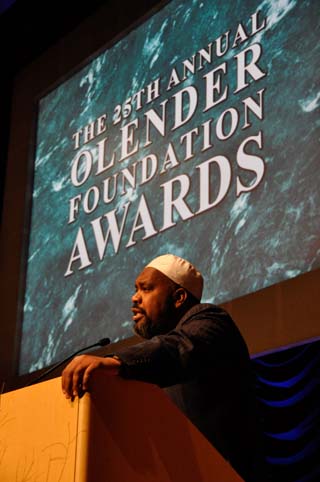