Melissa Rhea Honored as Trial Lawyer of the Year 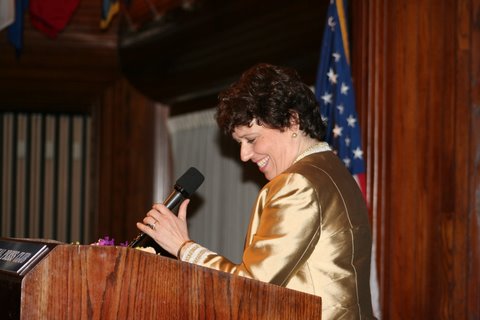 Melissa Rhea, senior trial lawyer with the D.C. Malpractice Law Firm Jack H. Olender & Associates, was honored by the Trial Lawyers Association of D.C. as Trial Lawyer of the Year at their annual awards dinner Saturday, May 10, 2008, at the National Press Club. Recognized for her work on behalf of people injured by medical malpractice and other negligent acts, she is the fourth attorney from the Olender firm to receive this honor. She has also served as president of the Trial Lawyers Association.

Ms. Rhea is a longstanding faculty member of the National Institute for Trial Advocacy and Harvard Law School's Annual Trial Advocacy Workshop. She has served as a mediation trainer for the Superior Court's Multi-Door Civil Division and the U.S. Department of Justice's Civil Division. A faculty member of the U.S.-Africa Legal Exchange, Ms. Rhea has traveled five times to Central Africa to train judges and lawyers in the region on the use of mediation as a means of resolving civil disputes. She has done similar work in Romania.

She was again chosen by her peers for inclusion in Best Lawyers in America 2008 and Washington, D.C. Super Lawyers 2008 by Law & Politics Magazine.

In addition to being a member of the Board of Trustees for the Washington Concert Opera, in her spare time, Melissa is an avid bowler. She has rolled two perfect 300 games in competitive tournament play. Although her election as Trial Lawyer of the Year is not likely to raise her bowling average, it makes her mom and sisters proud.